Sir Ghillean Prance talks us through sustainable forest use, focussing on biodiversity and ecology. (Garden open 11:30 – 12:30 for attendees to wander around).

Sir Ghillean Prance is internationally renowned and respected as Plantsman and Ethno-Botanist and Ecologist. Formerly Director of the Royal Botanic Gardens, Kew from 1988 to 1999 and Scientific Director of the Eden Project in Cornwall  (1998-2010) and is Visiting Professor at Reading University (1988-). He is a McBryde Senior Research fellow at US National Tropical Botanical Garden in Hawaii.

Sir Ghillean was trained as a plant taxonomist and has spent over many years on field work and botanical exploration on 39 expeditions in Amazonian Brazil.  He has a world-wide interest in the sustainable development of rainforest ecosystems and conservation generally. 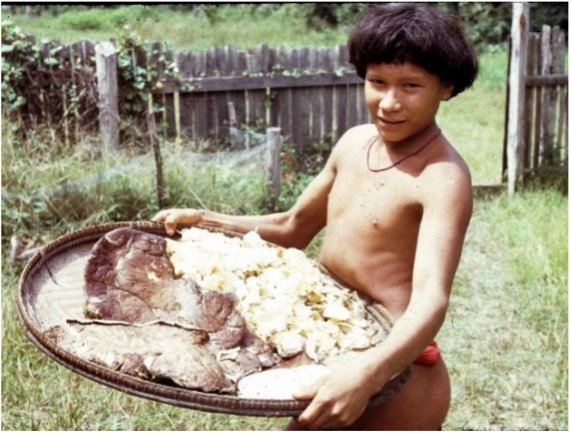 He is the author of twenty three books and editor of a further sixteen, he has published over 590 papers of both scientific (396) and general interest (218) on plant systematics, plant ecology, ethnobotany and conservation.

Over a long and distinguished career, he has received many awards for his work on conservation of plants in particular South American species.

Most recently in 1993, he was elected a Fellow of the Royal Society and was awarded the International Cosmos Prize for his environmental work in Amazonia.

He received the lifetime Discovery Award from the Royal Geographical Society and the Discovery Channel in 1999, the David Fairchild Medal for Plant Exploration jointly with his wife Anne in 2000 and the Allerton Award in 2005. Order of Commander of the Southern Cross from Brazil in 2000. He received the Order of the Rising Sun from the Emperor of Japan in 2012.

Join us for a series of workshops and talks which focus on biodiversity and gardening in nature-based at Carey's Secret Garden.

Please book via the website - https://bookings.careyssecretgarden.co.uk/, maximum of 30 people per session. Please book early to avoid disappointment. Please note Planet Purbeck do not manage bookings and are not responsible for managing the availability of places for any festival listings. Please contact us if you are having trouble contacting the organiser.

Carey's Secret Garden - (3 miles from Wareham) location revealed once a booking has been made.
Some of the organisations we are working with